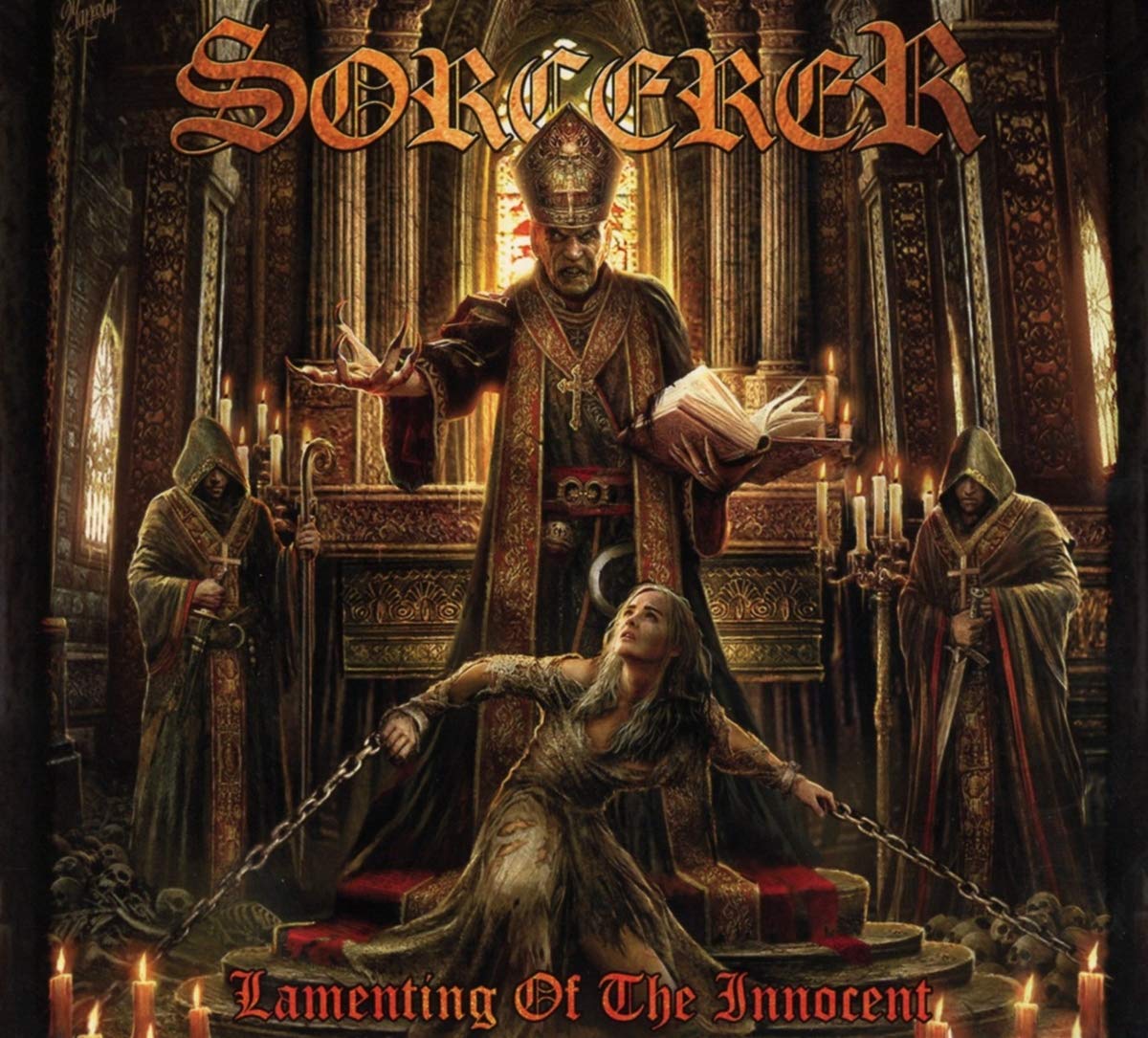 Sorcerer is a doom metal band much in the same vein as fellow countrymen Candlemass.  Slow and epic tales of woe, occult and fantasy are on tap.  In a way, Sorcerer seems to blend a bit of power metal in with their brand of doom.  They never reach the galloping speeds of traditional power metal bands, but their sound has a bit of a brightness to it that seems to carry the hint of a sheen of power metal influence.  Also, vocalist Anders Engberg just hits those high notes that are kind of a hallmark of the power metal scene.  As I stated before, it’s all very Candlemass-ish.

Sorcerer is one of these strange entities that formed in the late-80s, but never were able to release their first proper album until 2015.  This marks album number three since their official debut and they are proving to be a productive and fairly consistent entity as far as quality.  Lamenting of the Innocent doesn’t quite reach the heights of The Crowning of the Fire King did in 2017, but it is still a fairly solid slab of metal.