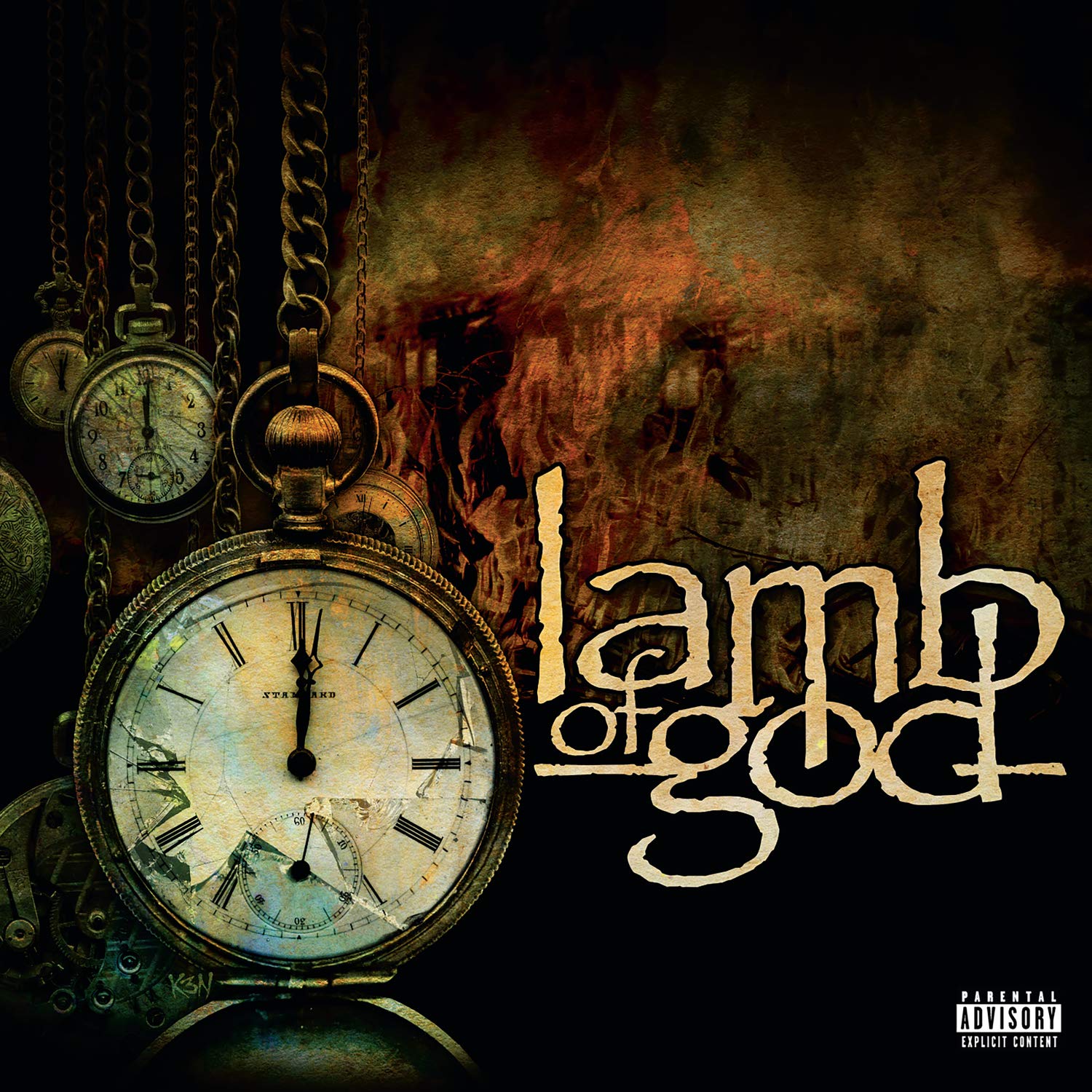 Always a big day for me when these guys put out new music.  Even more so on this latest album since it is the first release since the departure of drummer Chris Adler from the Lamb of God fold.  Adler’s creative drumming style was a key facet to Lamb’s sound and I have been waiting with some trepidation as to how things would change with new skin basher, Art Cruz, on the the kit.

Before I get into the meat of the album, let me dispense with my universal pet peeve on album titles.  I fucking hate self titled albums.  I can understand it when it is a debut album.  However, here we are on album number fucking eight and you’re going with the self title.  I guess their argument is that this is the start of a new chapter in the band with Cruz coming on as a new member.  But, c’mon.  This is just a lack of creativity on the band’s part and you’re not escaping my wrath simply because you are one of my all-time favorite bands.  You’re better than this.

On to the music.  First of all, Cruz should be commended.  Coming in to fill Adler’s shoes in this band is a monumental task.  Dude sounds like Adler.  It really feels like he attempted to mimic Adler’s style and sound and if you didn’t know it wasn’t Adler playing on this album, I seriously doubt that you would notice a difference at all.  That’s about as high of praise as I can give Cruz’ performance.  This is coming from someone who was downright despondent when I learned of Adler’s departure from the band.  The only thing in his performance that is missing are the little dashes of creativity that Adler used to bring to his performances.  The little cymbal plays and intricate show-stopping drum fills really aren’t there.  But, that’s really a nitpicky criticism.  As I said, Cruz should really be celebrated for delivering a damn solid performance and helping the band not miss a beat in the drum department.

The album is really just a straight ahead Lamb of God album.  This hearkens back to Ashes of the Wake lyrically because it is very pissed off and it is very political lyrically.  From school shooting/gun culture, to the rise of hatred/racism, to consumerism, this album hits all of the fucked up trends in our country.  Musically, it is very aggressive and it doesn’t really stray from the signature Mark Morton/Willie Adler tag team riffs you’ve come accustomed to over the years.  I think my biggest complaint on the album overall is that they haven’t really pushed things in an overly creative direction.  Zero new ground has been broken by the band on this album.  Even though the riffs are strong and will get your juices flowing, they do tend to sound like things we’ve heard on previous albums.  And it feels as though some of the recycled ideas were done better the first time around.  Hell, we usually end up getting one or two of Morton’s oddball songs where he tries out some different directions for the band (and these usually end up being some of their more memorable songs) In the end, I’d slot this as a solid release by the band, but it doesn’t reach the heights of creativity as their classic period albums.  I’m not sure any of these songs are going to find themselves in their setlists five to ten years down the road.  Solid, but not inspiring release.