First album review of 2022. If this sucker is any indication of the quality of release coming down the pike this year, we are in line for a stellar year of metal.

This is an epic blast of prog metal that simply hits that sweet spot. Sometimes an album like this can become a bit overblown. This one walks a fine line and it is a perfect example of how to craft a grandiose slab of prog. The scope of this album is kind of all over the place. You’ve got classic prog metal. A bit of symphonic flourishes. A dash of death metal. A splash of folk elements. This is simply a seriously ambitious album and they completely stick the landing. You will be able to hear all kinds of influences running through this thing from Rush to The Beatles to Opeth to dramatic movie soundtracks. The breadth of this one is truly staggering. It makes it all the more impressive to me since this is my first exposure to this band. Count me as a fan…one who wishes he discovered them sooner.

If you’ve got a prog itch, definitely check this one out.

Transatlantic is the prog “super” group made up of Neal Morse (ex-Spock’s Beard, Neal Morse Band), Mike Portnoy (ex-Dream Theater and every other prog project on earth right now), Roine Stolt (The Flower Kings) and Pete Trewavas (Marillion). All prog royalty indeed. We’re on to album number five for these guys which evidences some staying power. I guess it’s fairly safe to credibly characterize these guys as a super group simply based on the backgrounds of these guys. All of their albums have been decent, if not completely memorable, on their own. It feels like the latest album leans more into The Flower Kings sound more so than their past efforts, which felt more like celebrations of all things Yes. There’s just bit of hippyness to the proceedings here and there’s almost a Beatle-esque sound to some of the harmonics they are trying to pull off. Overall, there are some bright spots, but it kind of feels like the songs on this album have already been hashed out by the group. For a progressive group, the songs feel a bit, well, stale.

It kind of feels like this release is for those of you who have already been on the Transatlantic bandwagon. If you’ve enjoyed their past efforts, your bound to enjoy this one. Weirdly, they released two different versions of this album (I guess in the hope of getting uber-collectors to purchase both). There is the extended version called Forevermore which is a double album and then an abridged version called Breath of Life that is not only shorter in length, but also contains different versions of the songs that appear on Forevermore. I only purchased and listened to Forevermore and therefore, cannot comment on the quality of the abridged version.

I wish I knew a bit more about this band. All I really know is that they are a three-piece prog metal band that hails from France. Their sound is a bit of a balance between technical flashes and accessible melodic metal. In a way, it feels as though they fit in that same world of softer metallic prog populated by artists such as The Contortionist or The Pineapple Thief. The vocals are very much on the emotive side. I’d say this album is mainly for prog nerds, but I think there is enough cross-over appeal that should give these guys a wider mainstream audience. Definitely a more hopeful sounding album during a time that has mainly produced depressive and angst driven screeds.

This band name is just too graphic. Too ick inducing. Sure, it’s metal as fuck, but Jesus. Pupil Slicer? It honestly might be pushing it a bit far.

You ever see a heist movie? Sure you have. You know those flash bang charges either the bandits or the cops will throw into a room to disorient whoever is unlucky enough to be standing in there. Well, that’s this album. It comes out of nowhere quick and will completely incapacitate you. It’s fast. It’s abrasive. It’s caustic. It’s a downright hideous album. And that’s not meant as an insult. You name your band Pupil Slicer and this is pretty much the music you have to produce.

The best way to describe Pupil Slicer is by way of comparison. You’d have to say Dillinger Escape Plan is a touchstone for these guys. So many herky-jerky stops and starts and simply spastic outburst of noise populate this one. It’s kind of jazzy in some places and an ammo dump full of bombastic riffs in others. It’s a lot of damn noise produced by a trio, that’s for damn sure.

In the end, I kind of like it. I think. I’m not entirely sure though. I mean, it’s packed with talent, but I’m just not entirely sure it’s exactly listenable. Brace yourselves and cover your eyes. You’ve been warned.

This album sounds exactly like you would imagine it would. Set your bongs to stun, boys. It’s going to get a little foggy in here.

Yeah, these dudes are bringing a stonery doom metal sound from Greece. How does that differ from stonery doom metal from other parts of the world, you ask? Well, not much different in turns out. Stoners speak the same language and produce the same sludgy sound all around the world. Acid Mammoth sounds about like if Sleep was fronted by Nate Garrett from Spirit Adrift on vocals. That kind of sums these guys up in a nutshell. Decently produced slow dirges. Interesting note in that it appears that this is a father/son venture with son on guitar/vox and dad on lead guitar. I think this may be the only time I’ve run into something like that. The metal genes are obviously strong within this clan. For some reason, I just can’t imagine me and my old man coming up with something this cool

I don’t know much about these dudes except that they hail from New Jersey and it feels as though they worship at the alter of Jeff Loomis. This is Etherius’ debut platter and it feels like primarily a showcase of the talents of guitarist Jay Tarantino. For the most part, this is a shredfest. Leads at the speed of the more hyperactive moments of John Petrucci. Plus, as a big positive, these guys know how to play an aggressive riff (which goes to the Loomis comparison). There are a few acoustic and flamenco-inspired prologues to add some variety to some of the songs, but as stated before, this is primarily an excuse to shred. And, shred they do. It feels like album is more for you hotshot guitarist enthusiasts out there than for more general consumption. 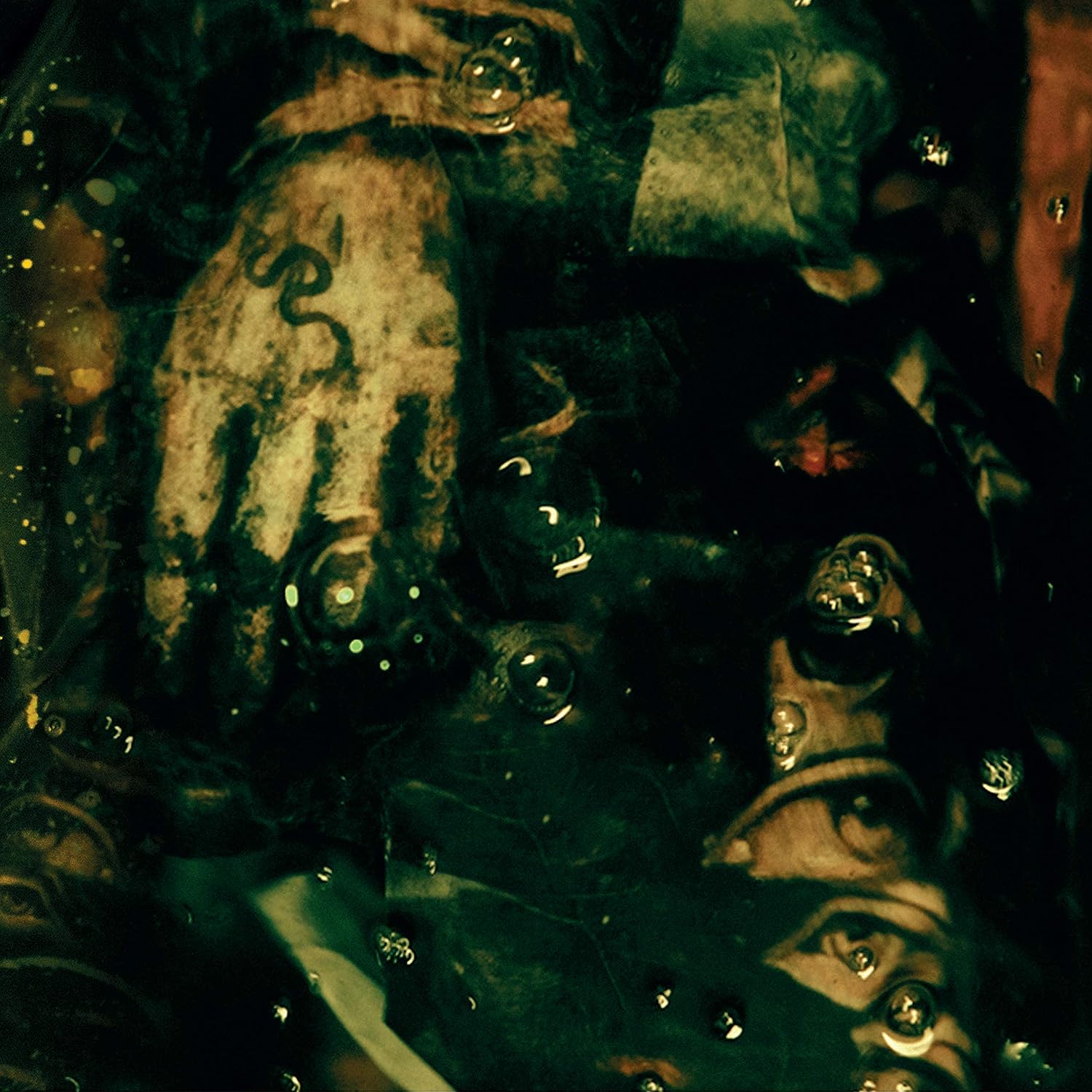 How adventurous are you feeling?  Are you looking for something other than the standard 3-4 minute traditionally structured song?  Well, if so, you’re in luck because I’ve got a doozy for you.

Oranssi Pazuzu feels like the spiritual offspring of 70s psychedelic/gothic soundtrack masters Goblin.  This album feels less like a traditional album than a terrifying descent into a psychedelic nightmare.  This album should rightfully take its place as the soundtrack of the 2020 pandemic quarantine.  It captures all of the despair and hopelessness that has come with the collapse of our social, economic and government structures over the past few months.  Its sound is an abrasive atmospheric journey punctuated by some of more grotesque and guttural vocals you will ever come across.  The album feels like a horrendous car wreck that you can’t look away from.  I’m not entirely sure this thing is completely listenable, but it is an album that I haven’t been able to stop thinking about since I first spun it.  It’s superbly crafted, but it really takes a strong constitution to fully immerse oneself in it.  Honestly, I am not really in favor of warning stickers on albums, but it kind of feels as if this one should come with a trigger warning.  It’s dark as fuck and it is relentless.  It culminates in a final track that feels like what insanity should sound like.

You’ve been warned.  I give this album my full recommendation.  But be careful.  This one will fuck you up.