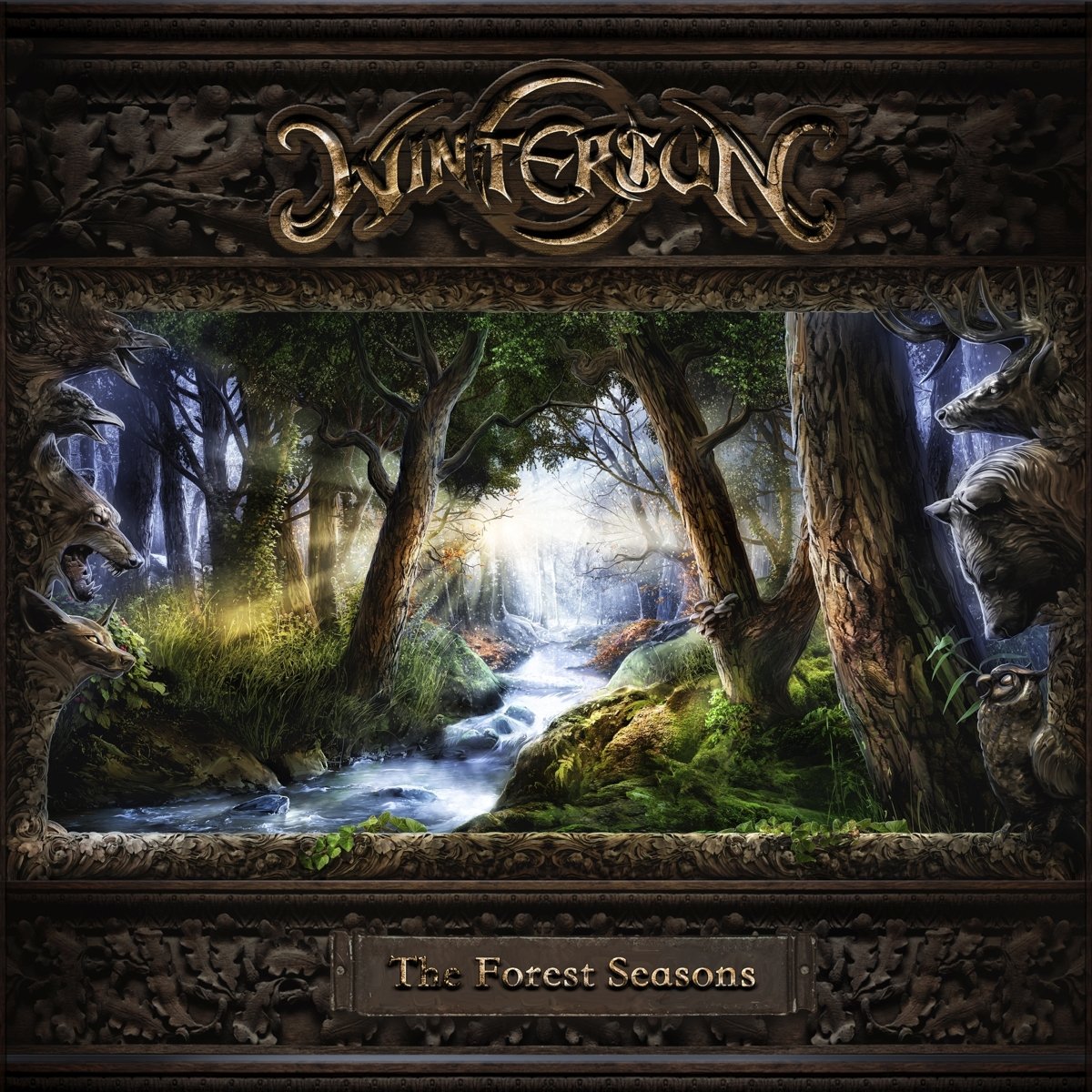 One of my favorite means of describing a band to someone is using the love child method.  You know, such and such band makes hot passionate love to another band and the resulting love child is the band at hand.  So, in this vein, Wintersun seems like the product of the love coupling of Helloween and Dimmu Borgir.  You’ve got a nice melding of the jolly power metal ramblings of Germany’s purveyors of pumpkin with a dash of the theatrical black metal menace of Norway’s gothy ghouls.  Lead dude Jari Maenpaa’s shrieks really remind me of Dimmu’s Shagrath, but he is able to combine some nice clean vocals into the mix which adds a little more diversity to the overall presentation.

This latest album sees Wintersun crafting a four-part yarn set to the four seasons.  Each track is well over 10 minutes in length and are full of fantasy and bombast.  The tracks offer up enough diversity to keep them from getting repetitive or stale.  I’d say that this is probably a good record to start in on if you’re new to the black metal game.  Overall, this is a very accessible album in that it combines some of the black metal stylings with some of the more traditional power metal sounds. Hey there!  I’ve really missed all of your grimy little faces.  I’m back after a bit of an absence.  Things have just been a bit slow on the album release front and there just hasn’t been much to write about.  Luckily, we’ve had a few worthy albums come out the past week or so and I’m back to discuss.  Let’s dive into the metal goodness, shall we?

So, what we have here is another barn burning super technical death metal release.  Once again, I’m left with the feeling of being super impressed with the presentation and musicianship, but feeling a bit wanting in the overall impact this one left with me.  To put it another way:  you know when it’s a Friday night and you’ve had a few pops and you’re starting to feel a little loose.  You want something you can jam.  You want something that’ll make you pump your fist in the air.  You want something that is going to make you want to pull out all of your best air guitar moves.  You’re pulling out Van Halen I or Screaming for Vengeance.  I’m not so sure that you’re going to immediately think of Decrepit Birth.

This sounds like I’m slagging on our boys from Decrepit Birth.  That is not my intent at all.  This thing is an absolute blitzkrieg of frenetic riffs and just insanely complex drumming.  My main reaction during the first couple of listens is “How in the hell is it physically possible to create music like this?”  The technical ability of these guys seriously blows me away.  I would love to see the creative process that goes on when something like this album is gestating.  What drives one to make something this extreme and aggressive?  How is it possible to meld all of these riffs into something coherent?  I’m not sure, but I do enjoy it.  This isn’t going to be something that I put on everyday, but dammit, it really hits the spot when I’m in the mood for something completely intense.  As with many albums that have come out this year, my main hesitation in giving this one a higher grade is that I’m just not sure how much staying power this one will have a year or two down the road.  Am I going to have a moment where it hits me, “Damn, I really need to throw on Axis Mundi!” ?  I really don’t know. 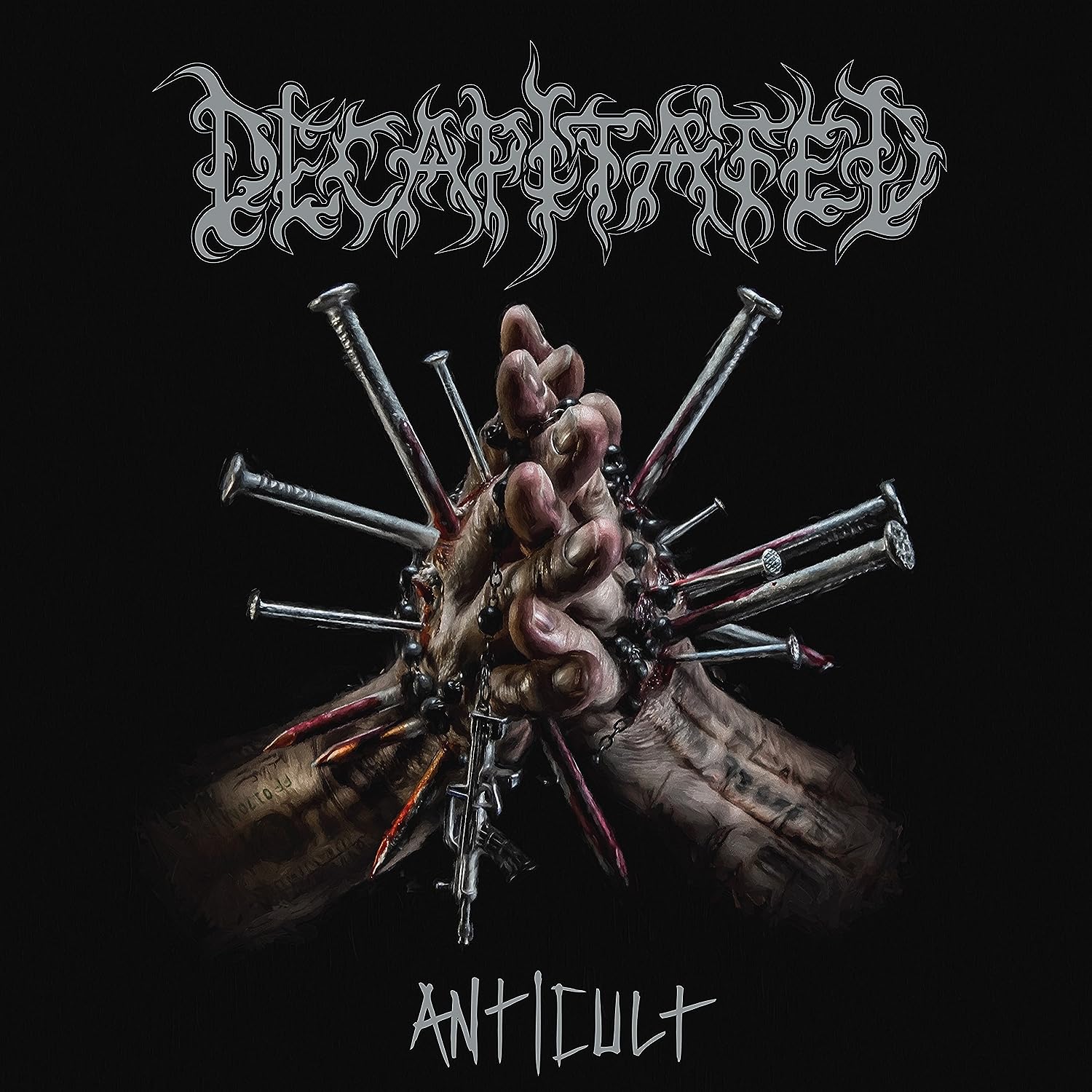 Decapitated is one of those bands that I just can’t help but root for because they just seem like a band that is going to be forever relegated to underground status.  And, it’s a damn shame, because these guys simply have the talent and the infectious energy that should warrant them a wider audience.  These guys have plugged away in their native Poland since they were teenagers and have suffered through the loss of a drummer and singer due to a tour bus accident early in their career.  Their sound has always kind of taken a technical death metal template and added a measure of groove to the proceedings.   Death metal you can dance to, if you will.  Kind of like a Polish Lamb of God with a dash of Sepultura.

Seeing as though I always view an upcoming Decapitated release as a reason to celebrate, my expectations for the new album were fairly high.  Their last release, 2014’s Blood Mantra, was a downright barn burner of an album.  The new album is really, really good, but doesn’t quite make it into the great category.  Songs like Kill This Cult, Earth Scar and Impulse are going to shine in their upcoming live show.  The new album just seems a little light overall.  There are a total of eight songs with one of them kind of acting as an outro for the album.  So, really seven full songs.  The album just seems to fly by.  I think this is the main thing keeping this one from truly reaching the heights of some of their past efforts.

Decapitated will be making the rounds across the State this summer and will be hitting Austin on August 26 at Come and Take It Live. 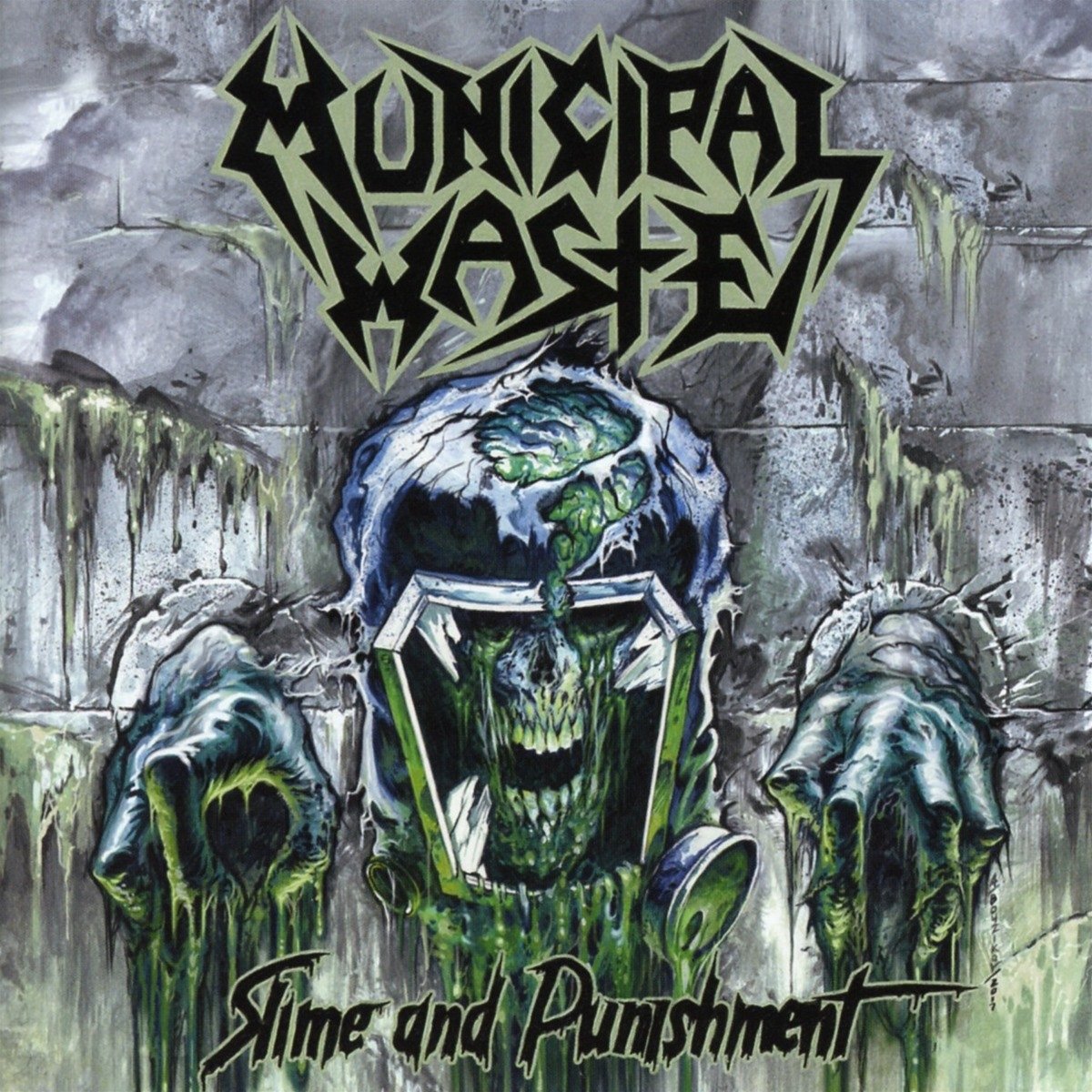 Municipal Waste is a crossover thrash/punk, jokey good time sort of band.  They are here to party, drink all of your beer and make you giggle the entire time they are completely trashing your living room.  After hearing vocalist Tony Foresta and bassist Land Phil’s side project, Iron Reagan, put out a fun rocking slab of new music earlier this year, my hopes were fairly high that the main gig would also put out a really nice package of new tunes.  Sadly, once again, it appears that my high hopes have been dashed.

It really feels like this is a case where the side project is starting to outpace the main gig.  Iron Reagan and Municipal Waste play the exact same kind of crossover trash.  However, it just feels like the jokey vibe of the Waste is starting to wear a little thin.  With song titles such as Shrednecks (sigh), Bourbon Discipline and the title cut, you kind of get the drift of how deep the lyrical bent on this one is going.  The album is a total of 14 songs and clocks in at under 30 minutes.  Look, I get it.  It’s rollicking good time rock n’ roll.  But, it just doesn’t stick.  It’s like eating cotton candy.  Once it’s over, you aren’t satisfied and you just have this nasty sticky sweet residue in your mouth and you’re probably on your way to getting diabetes.

It’s not all bad.  There are some really catchy riffs on this thing and if Tom Araya ever decides to retire, Foresta’s angry bark vocals would be a perfect substitute.  These guys have talent (see previous review of Iron Reagan’s album from earlier this year).  I just think a little more effort could be put in to the songcraft.